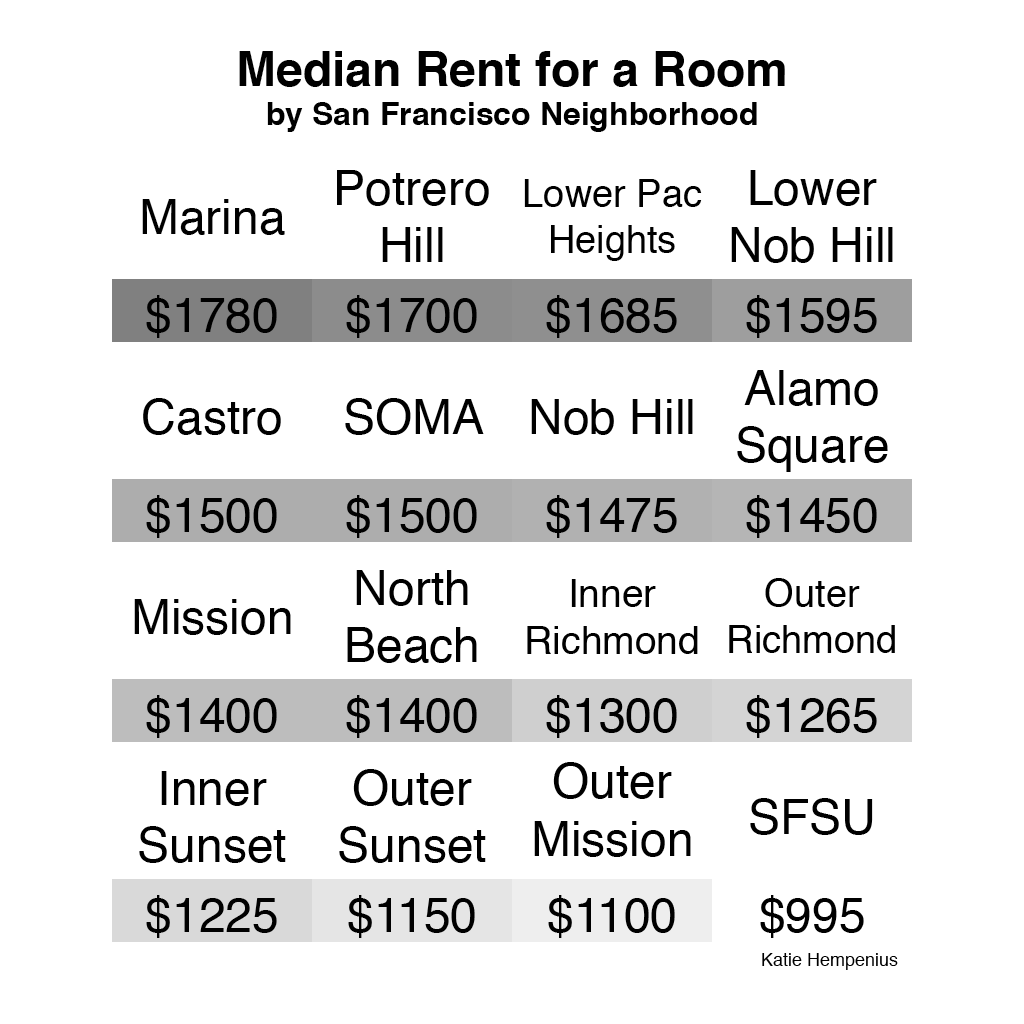 This data came from 15,000 Craigslist postings that I collected over a six week period between December 2016 & January 2017. After removing duplicate postings, I was left with about 8,000 unique room listings.

How much does it cost to rent a private room?

The median rent across listings was $1350. Unsurprisingly, this varied significantly across neighborhoods.

Treasure Island and the Tenderloin had the fewest listings (both less than 20), while the Ingleside / SFSU / CCSF neighborhood had the most (600).

How much does it cost to rent a converted room? 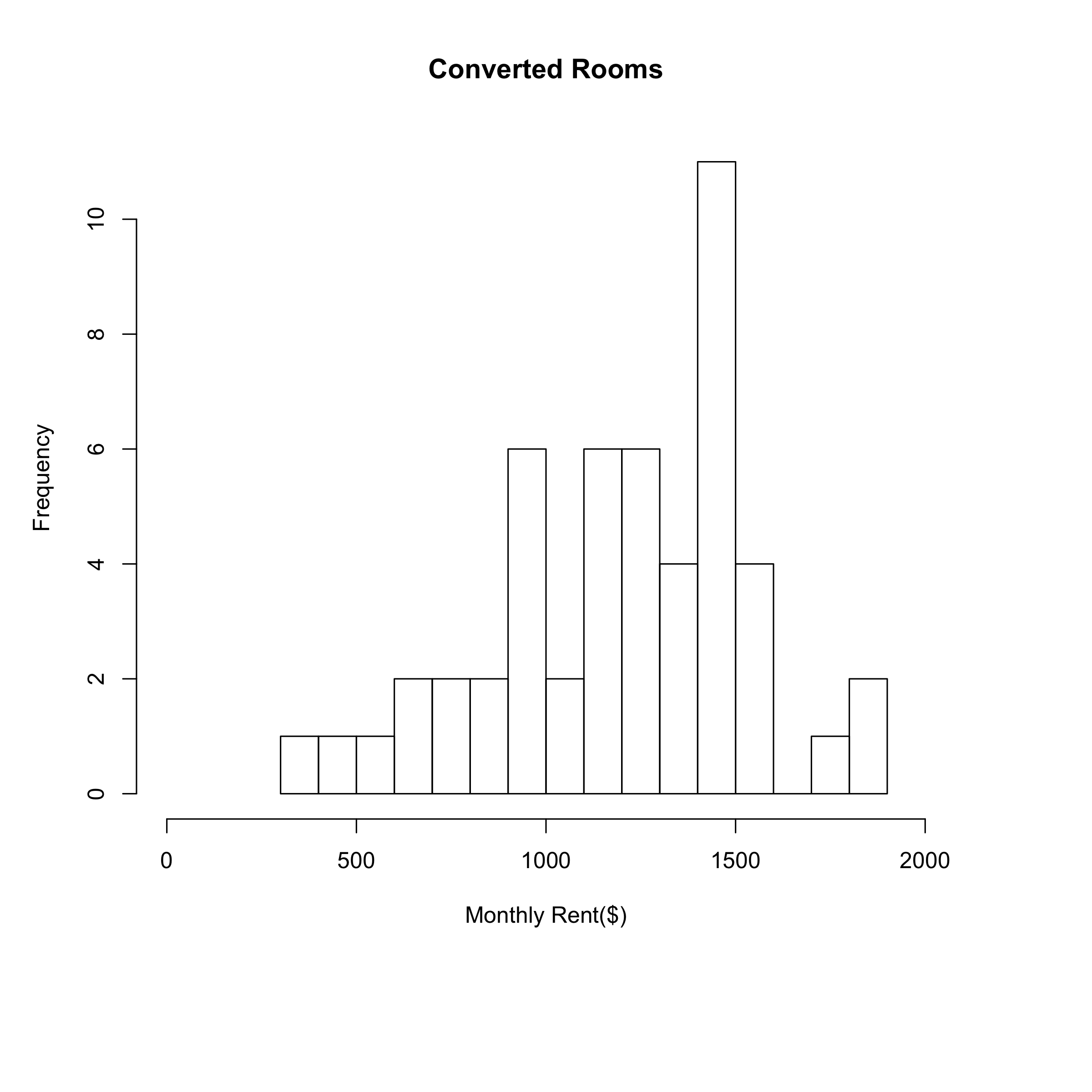 How much does it cost to rent a shared room?

$800 per month is the median rent for a spot in a shared room. However, legitimate listings for shared rooms can be as high as $2000/month (per person). The pricier listings are usually for rooms located in non-chain hotels. 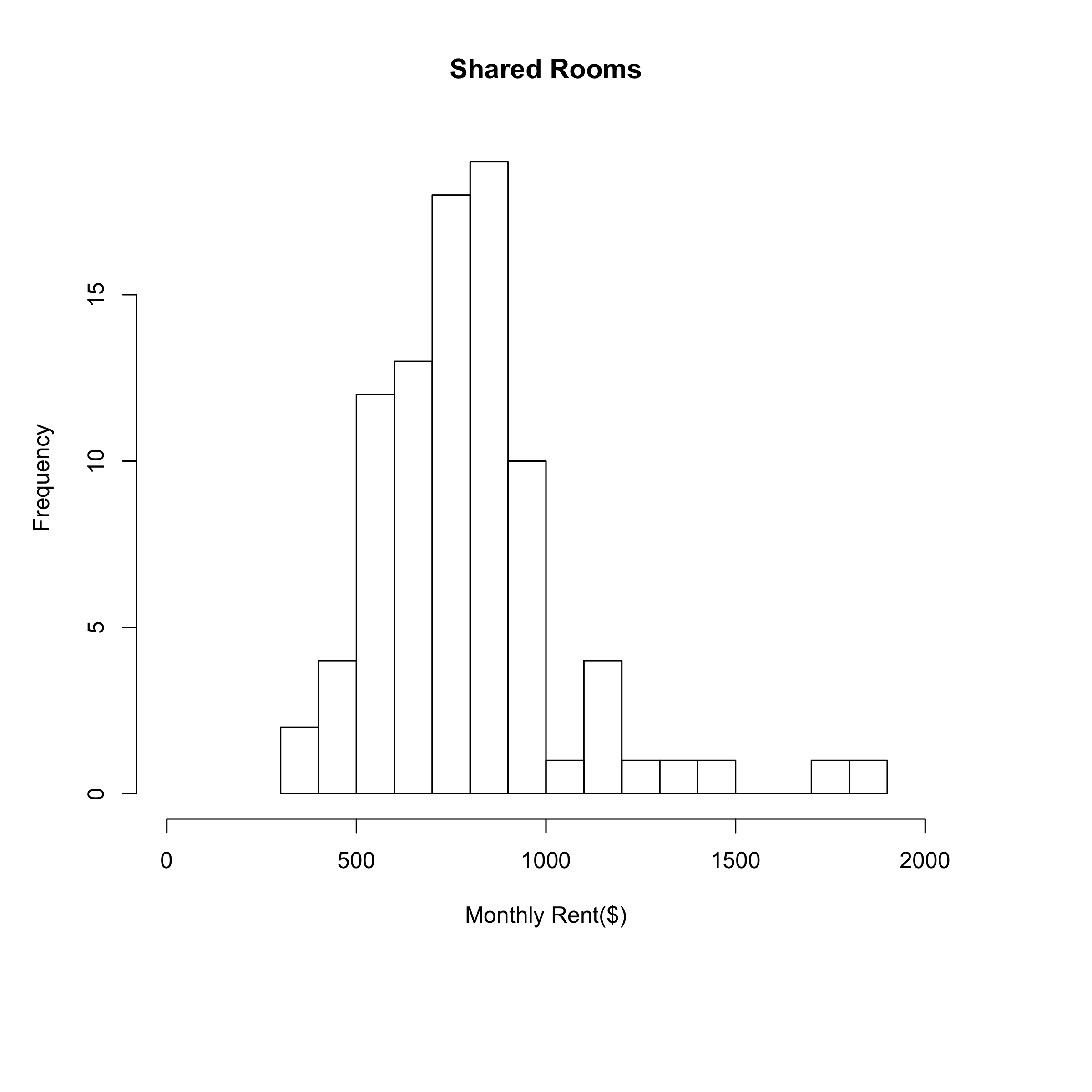 Most neighborhoods did not have any postings for shared rooms. Instead, postings tended to be for one of the following neighborhoods:

When are rooms posted?

Posting activity was generally highest on Monday then tapered off over the course of the week. 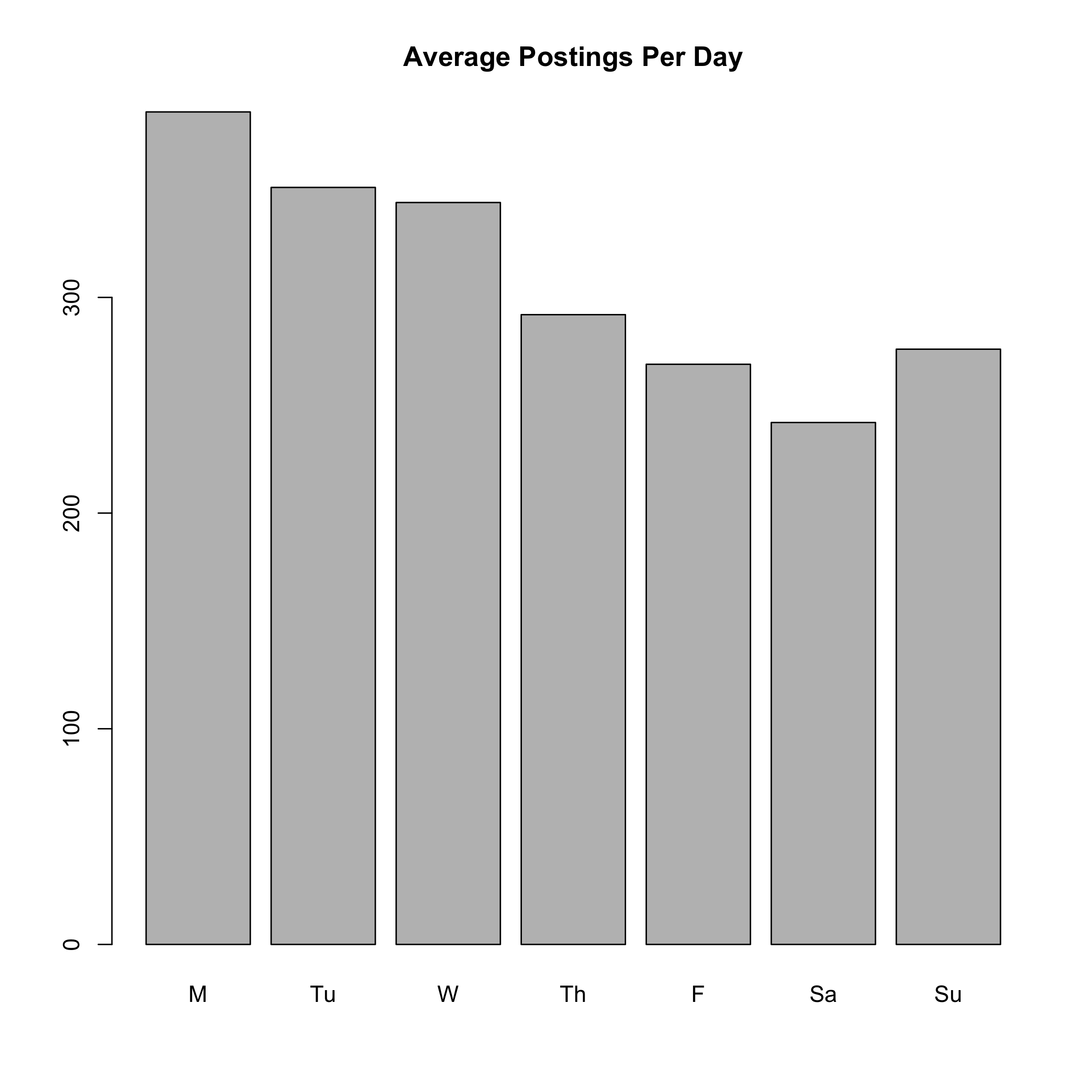 How competitive are rooms?

About 75% of listed rooms are only posted once. This seems to imply that these are “competitive” listings - i.e. these vacancies are filled after being posted on Craigslist only once.

The remaining 25% of rooms aren’t just re-posted once, but re-posted many, many times. This suggests that nobody is interested in these rooms (the “uncompetitive” listings) or that they’re scams. These rooms make up two-thirds of all postings, despite only representing 25% of the rooms available on Craigslist.

If you’re moving to San Francisco, expect to pay $1000-1800/month (or more, if you so choose) to live with roommates. Prices will vary greatly depending on location, and if a listing seems too good to be true, then it’s probably a scam.

How was this made?

This was created using the craigslist-scraper python module, Mongo, and R.